LLC NGO Agro-Matik is one of the leading Russian producers of protein concentrates based on white lupine grain. The production and sales of Agro-Matik Protein Concentrate for livestock and poultry farming began in 2006. The opening of this area was preceded by several years of work in cooperation with other companies to develop new technologies for the production of protein feed. Dozens of technologies were studied, negotiations were held with scientific consultants of research institutes, patentees of inventions. As a result, a technological scheme for the production of inexpensive, easily digestible protein was developed.

Today the company produces the Agro-Matik protein concentrate using its own technology. Its basis is lupine, a purely Russian product that can be called an inexpensive analogue of soybeans. Lupine is actively gaining high marks and recognition in the feed market, gradually replacing soy proteins, on which the Western feeding system is based.

Today the company's products are in demand in many areas of agriculture. The concentrate is purchased by egg and broiler poultry farms, pig farms, livestock farms, and fish farms. Protein feed concentrates are successfully sold in the Nizhny Novgorod region, the Moscow region, in the Leningrad region, in the regions of the Urals, the Caucasus, the Volga region. Supplies are made to Tajikistan, Iran and other Asian countries.

Diplomas and awards
Reviews and thanks

In 2015, Agro-Matik received the title of "Reliable Supplier of Products and Services" and the Badge of Honor "For Contribution to the Development of the National Economy" at the awards ceremony for the laureates of the annual national award in the field of business image, social reputation and trust "Company No. one".

Agro-Matik is the winner of the competition “100 best enterprises and organizations of Russia-2015” in the category “Best agricultural enterprise”. The company is a regular participant in large-scale industry exhibitions, including "Golden Autumn" and "MVC: Grain-Mixed Feed-Veterinary Medicine". The developments and innovations of NGO Agro-Matik were repeatedly awarded with honorary diplomas and medals.

In 2019, NGO Agro-Matik, in cooperation with scientists, developed and since 2020 launched the production of feed for valuable fish species: salmon and trout of different ages, for sturgeon, African catfish. There is also food for carp fish. These are high-quality extruded feeds containing all the nutrients and trace elements necessary for fish. The product complies with the requirements of GOST "Compound feed for fish. General technical conditions ".

The effectiveness of fish feed has been tested in scientific laboratories and in the production of commercial fish. Fish farmers note that the feed from "Agro-Matik" by its nutritional properties is not inferior to the feed of foreign production. Fish-breeding enterprises using food for fish produced by NGO Agro-Matik have a feed coefficient of 0.9-1. These feeds are used in the production of commercial fish in the regions of Russia - from the North-West to the Urals. Feed is supplied to the Caucasus and Asia.

In April, 2020 NGO Agro-Matik became a member of the Eurasian Aquaculture Alliance. The Fisheries Association (an association of fishery enterprises (unions) of inland water bodies and aquaculture) and the consortium "Eurasian Aquaculture Alliance" unite most of the enterprises and fish-breeding associations of the EAEU countries. The main goals and objectives of the alliance are to provide effective support for fish farming and to unite industry representatives into a single self-regulatory organization.

LLC NGO "Agro-Matik" continues developing innovative ideas. For example, the company, in collaboration with fish farmers, is developing and testing feed for industrial crustacean farming. In addition, the specialists of the enterprise have acquired the skills of designing and installing closed water supply systems for fish farming. There are projects for the disposal of waste from agricultural enterprises, for the comprehensive development of the feed industry and agricultural production.

LLC NGO "Agro-Matik" is ready to help livestock breeders to in finding effective solution to a variety of problems! 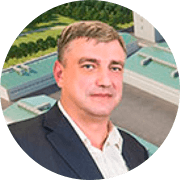 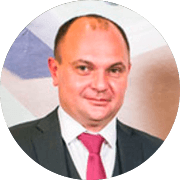 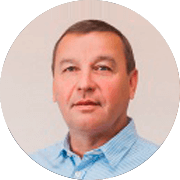 Shvedov
Sergej Alekseevich
Process Engineer
Geography of supplies
Production presentation
By using the website https://agro-matik.ru/en/, you agree to the use of cookies technology and agree to the Policy on the processing of personal data (read).